The state of IT in a large organisation

Most enterprise developers have read “Domain-driven Design” (E. Evans,  2004) by now, resulting in a multi-tiered applications focussing on business logic . In my opinion this is a very first important step towards truly customer oriented applications.  The IT application is improving and impacting people’s work and/or life and developers grow an understanding of their user’s mindset.

As shown in the picture above interface and infrastructure concerns are cleanly seperated from the domain and application layer. Now, let’s introduce a web interface, mobile client, batch import/export, integration with third party systems and it all seems to start to fall apart (or does it?).

Even in a large organisation applying the best of practices, one will start to see applications like this after a while:

The SOA way through communication and consolidation

A better way would be to implement your system as a smaller coherent units of logic (Services) that communicate with each other. The scope of this unit is determined by your application domain, but is usually only a small part of the business. In our example we would have at least 4 components to deploy:

The benefits of this Service Oriented Architecture are:

There are some pitfalls with this approach though:

Is this a radical change in the way we construct web applications? I don’t think so.

It is rather a call to better define responsibilities and simplify the scope of applications to give each service/component the flexibility it deserves. Complexity can still be achieved by integrating multiple, easy to understand services and re-exposing the complex functionality as a new service (composite services).

The careful reader will have picked up on the fact that this philosophy goes further than the technical design of an application. Service Oriented Architecture is something to think about for end users, functional analysts, architects, developers, testers, project managers… Everyone involved in a project should appreciate splitting it in smaller digestible pieces instead of focussing on solving everything at once.

Something that is truly beautiful is often determined by simplicity, not complexity. 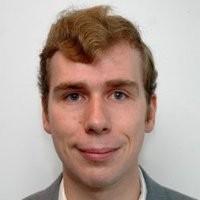